The Wilshire Corridor, also known as “Millionaire’s Mile,” is a stretch of road in the heart of Los Angeles known for its dozens of high-rise buildings boasting some of the best views of the LA city skyline and out to the ocean.

The Location of Millionaire's Mile

The Westwood Wilshire Corridor takes vertical living to new heights. Located near Bel Air, Beverly Hills, and Holmby Hills, it is one of the leading condominium high-rise neighborhoods in Los Angeles.

The Wilshire Corridor area thrives in luxury developments with some of the best shopping opportunities LA offers. The area is also home to some of Los Angeles’ most famous museums, and some of the buildings are home to Fox and MGM Studios.

Wilshire Corridor sits on a significant avenue stretching over 15 miles from the famous Ocean Avenue in Santa Monica to Grand Avenue in the Financial District in downtown LA, running directly through Koreatown.

The Buildings on Wilshire Blvd

The buildings naturally match such a premium location, most offering all the best amenities condo-living has to offer, including:

Wilshire Corridor condos are finished to the highest standards and designed by many of the world’s top interior designers and architects.

Wilshire Blvd, California, was first acquired by Spanish soldier Don Maximo Alanis as a part of 4,400 acres granted to him in the 1820s. Still, this stretch wasn’t known as the Wilshire Boulevard until it was named after Henry Gaylord Wilshire, a famous real estate developer, in 1884. For most of the 19th Century, the road was called “Calle de los Indios”.

Before its acquisition by Don Maximo Alanis, it was a major thoroughfare of the Tongva Aztec people, who used the road to transport tar from the famous La Brea tar pits back to their coastal village.

An investment corporation started developing the surrounding area in the 1920s, which soon became Holmby Hills, the residential area just north of Millionaire’s Mile, then known as Westwood Hills, Westwood Village, and UCLA.

Up until 1960s, Wilshire Boulevard was lined by traditional apartment buildings. When the concept of condominiums was developed, many buildings were redeveloped, and new buildings were constructed, reaching some of the highest heights in the area, at up to 27 floors. Today, there are many high-rise buildings that boast incredible panoramic views like La Tour, Blair House, The Wilshire, The Remington, The Carlyle Residences, Beverly West, The Californian, Mirabella, and many more.

When viewed from above, the Wilshire Corridor stands out as a winding high-rise corridor dividing the Westwood area, so it earned its name. In 1981, the Wilshire-Westwood Scenic Corridor Specific Plan took effect to ensure the Corridor continued to enhance the area.

While the Wilshire Corridor is known for its premium condos, studio and 1-bed apartments under 900 square feet start at around ~$600,000, while 3-bed condos start at about ~$1.3M. Many celebrities and socialites are residents of miracle mile, making it a sought-after location.

The Wilshire Corridor provides easy access anywhere in the city you wish to go by car, and most buildings have parking and valet parking. If you’re looking for public transportation, there are three major bus systems, the Metro Micro rideshare service and a plethora of local taxi and ride share options.

The Wilshire Corridor in Los Angeles has always been a coveted neighborhood with its winding collection of high-rise buildings and incredible views. As the area continues to improve and new developments are added, property values have continued their upward trajectory making it one of Los Angeles’s best places to own property. Join us at Fairburn Elementary in Westwood for our free Shredding Event! Keep the info you want private safe and secure with this convenient and quick disposal service. 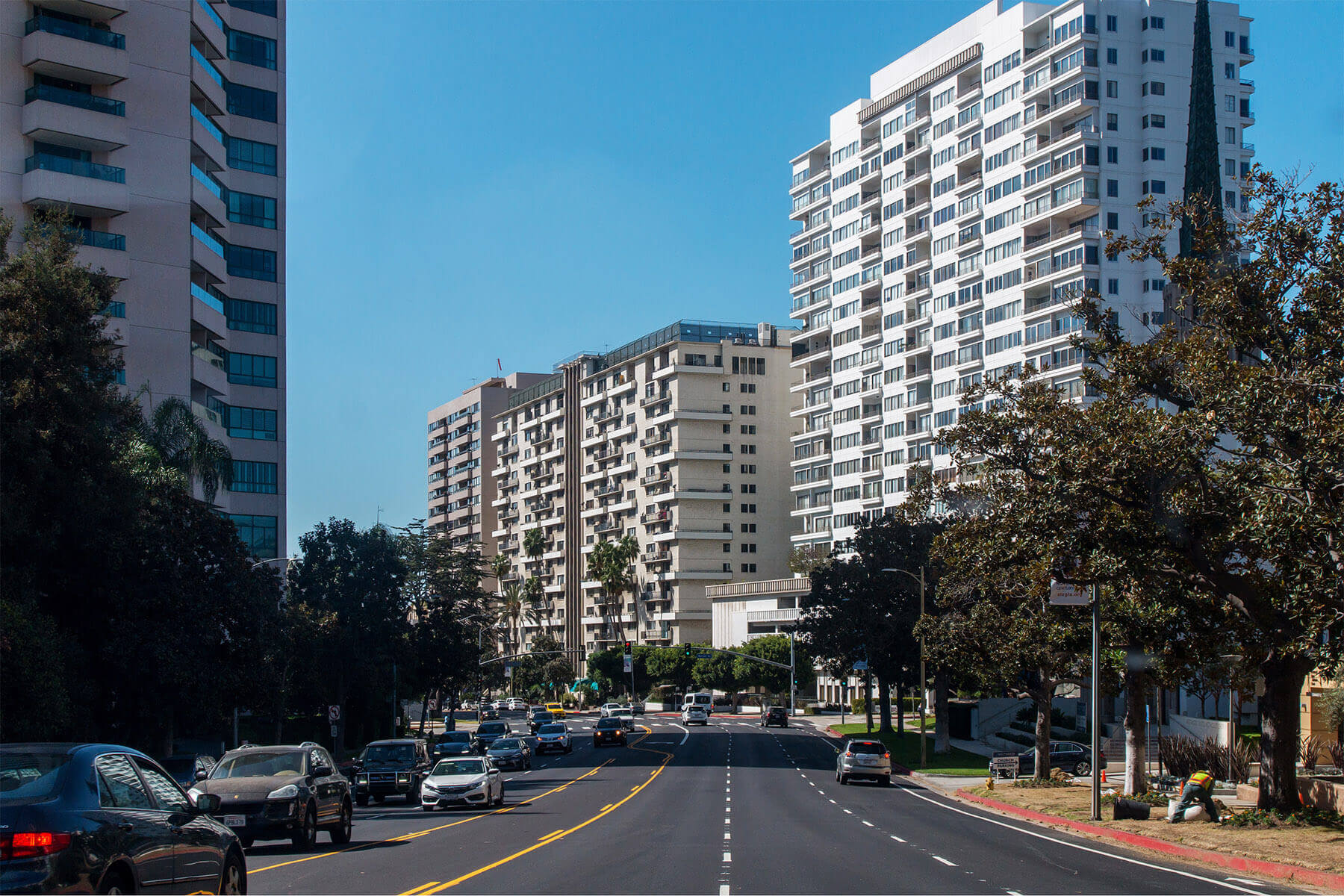 Uncover the secrets of Westwood LA's real estate future! Take a peek into what 2023 holds for market trends, mortgage rates & more. So stay ahead of the game and... Find out how the Mansion Tax measures proposed by ULA & GS could influence your home sale. Knowing what lies ahead is critical for a successful transaction. Westwood is a haven for those looking to dine out and indulge in some excellent cuisine. Here are three great Westwood restaurants that will satisfy your appetite with their eclectic... Feb 02, 2023
Join us at Fairburn Elementary in Westwood for our free Shredding Event! Keep the info you want private safe and se ...
Continue reading Fill out the form below and a representative will be in touch with you shortly.